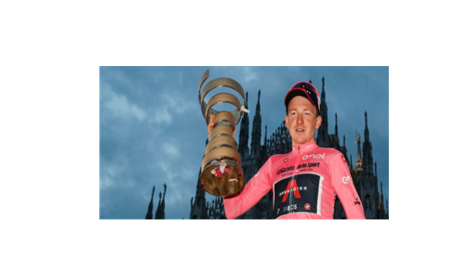 The Giro is a three week round race second only to the Tour de France in prestige and difficulty.  Tao stepped up to lead the team when the designated No1 fell off his bike and performed the role to perfection, joining luminaries such as Bradley Wiggins and Chris Froome as a winner of one of the Big Three cycle races.

Finishing the race in Milan’s Piazza del Duomo is a far cry from watching Sir Bradley Wiggins ride down the Mall in celebration ten years ago, as he did when just 15 years old, but a decade of hard work, joining the GB junior academy at 16 and then Team Sky in 2015, has made his dream come true.  His next big challenge will be competing in The Commonwealth Games in 2022 for Scotland